Something I rarely hear writers talk about: writing takes a lot of energy.

Is it just me, or is this something you don't hear much about either?

And I don't just mean physically, though it can be a little draining to hunch over a keyboard for hours on end. But I've done lots of things that were physcially more demanding. Here, though, the sort of energy I'm thinking about is really the mental and emotional sort. Writing sucks up this energy more than most things, I think.

It requires a lot just to start writing, to create something, to face that blank page. I think of it as a sort of metaphysical momentum - stories need a certain amount of energy to force themselves through you onto the page.

It takes energy to start something, to continue it, to finish it. It's a personal sort of energy, a well that endlessly varies in depth. Sometimes you have a lot, sometimes less so. Part of it, I think, is the simple act of creation. Nothing comes from nothing. Every idea needs a spark of energy to drive it, to allow it to fulfill itself. But more than that there's an investment... you put some of yourself in a story, something to make it real. It takes energy to invest yourself in a character, to see through their eyes and feel what they feel. And feeling what they feel... it's not unlike feeling a shadow of the real thing, an emotional ghost that haunts you and eats up a bit of your own life.

It's rare to have an endless capacity to write. Sometimes, oh so rarely, you might have the capacity to write for a day, ignorant of hunger and thirst. Usually it will be for a few hours, or a single one. Perhaps only minutes. Or perhaps it's just a second or two before your fingers are tired and the words start limping.

There's something draining about writing... and some of this mental and emotional energy is used for other things, and used up by them. How do you navigate that?

I've started a revision that's been requested of me, and yet I have a lot of drains going on right now. Certain things, whether good or bad, pull the energy out of you, always demanding a little more. So if you had an umpteenth revision on a book to do, and were low on that necessary energy, what would you do? What are some of the things that get you jazzed for writing, that help re-stock that strange well of Liquid Muse? Nuclear power, or clean hybrid energy, or solar... heck, I'd take some dirty coal energy right now and screw the environment. (Not really, though, with the coal, unless it's for a barbecue...) 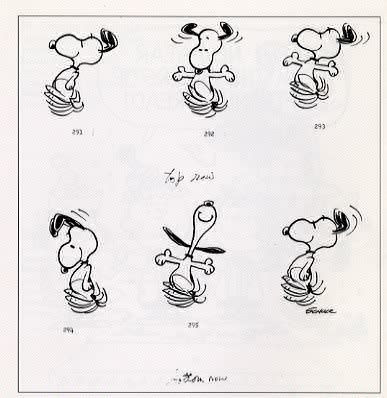 I tend to think that the energy requirement isn't talked about much because it's something you either understand or you don't. I've told a few non-writers about the process of understanding a character, and gotten mostly "I can't imagine how you keep all that straight" responses. Like it's a bunch of math formulas to figure out how a character reacts, instead of knowing a person.

When I don't feel like writing, I just remind myself that my characters will never get to meet any readers if I don't keep at it. I owe it to these characters I've created to keep going. I guess that's the energy equivalent of a small dog running on a wheel.

I agree, it's a little hard to explain. I think it's somewhat like acting, really. It's a bit like becoming someone else... or many someone's. It takes a lot of energy to make that connection, or at least make it well.

So, small dog running on a wheel... definitely a start!

I find that I have a drive to write--- and therefore the energy--- in practically infinite amounts when I know where my plot is going. I feel blocked, or unsure, or unmotivated, when I don't know where my story is going.

But when I have a clear idea where I'm headed next, I write like the wind, because I'm excited to see how it all unfolds. I can't really describe it any better than that.

Writing is either exhilarating or draining. I reconnect, when I've lost touch with the book, through the images - people, places, things and words - I've collected on my working wall. Lying on the floor with my feet on the chair visualising events unfolding.

Then there's coffee and music.

Two words for you: frozen margaritas and heavy metal. OK, maybe thats four...or five, but you get the idea. You have to write pretty fast, though. Eventually the alchohol or the music one will give you a killer headache. That's why I'm more of a short story-ist versus a novelist like you.

Margaritas... um, not sure what the customers would think of that. Maybe: "That chap sure knows how to go out in style!"

The working wall sounds like an interesting idea, though. I just got rid of an old desk, which had a bunch of Snoopy writing cartoons taped to it for inspiration (which my Dad had cut out and sent to me while I was in University).

Maybe I need some Liquid Schwartz...

"May the Schwartz be with you!"

When in doubt, quote generously from B-Movies.

I like Metalica too. Or anything else remotely music.

I have to agree that writing takes a lot out of person. People at my day job are always remarking: It must be so nice to just sit down and write a story.

Yeah right; just sit down, think a little, and it all flows out the pen (or keyboard).

I do find if I'm excited about where a scene is going, the writing is more energizing than draining. At least until I'm finished. Then it's wine time and veging on the couch - usually with someone else's energy drain that managed to get published.

what an appropriate word verif: ersiti. 'ere sit I on the thinking couch!

I liked what Elaine said - it's either exhilarating or draining. There are times where the creative process fills me with such joy I could leap tall buildings when I finish.

And other times I can barely lift my fingers to type I'm slogging through so much blockage.

For you, Ink, slogging through the umpteeth revision, I'd recommend: keep your eye on the goal. Sort of like my grad school thing. I'm taking it one day at a time. I'm seeing it as temporary; it has a time limit, there will be a time when it's done. And I remind myself of the long-term goal; it's worth it.

Oh, and I whine alot. I highly recommend that part of it. It's very satisfying and fulfilling. Without the whining, it would just be a huge amount of work that I don't want to do. With the whining, I feel the great journey of personal sacrifice leading to eventual sainthood. Much better. Definitely recommend the whining.

We will be happy to send you periodic excoriating emails, (motivational purposes, for the use of) for a small fee.

My eye is focused on the goal: Publication, bestsellerdom and world domination. I think, you know, it's a good goal. Very healthy.

Can I pay my fee via snappy comments on your blog?

Nice try, but no. New York is EXPENSIVE, friend. Not that we don't enjoy your snappy comments.

What if they're extra snappy? What if they have snap written all over them?

Possibly if "extra snap" is writ across the label of a bottle of Knob Creek.

You're right, that is snappy...